Nintendo music at its calming best, life lessons from Assassin’s Creed, the role of memory in Dear Esther, and how retro can you go? Here are a few interesting reads from the blogosphere:

This video from YouTube channel Luigi features some of Nintendo’s most ambient, soothing music. Super Mario Galaxy, The Legend of Zelda, Animal Crossing, and Paper Mario – all very different games, but all tied together by Nintendo’s mastery in building atmospheric environments. The use of the piano in Metroid Prime’s Phendrana Drifts, and throughout Super Mario Galaxy, are standouts. Thanks to Rachel at Double Jump for sharing the link.

Assassin’s Creed did not teach me to kill, it taught me to be wise (The Moral of the Story)

“Nothing is true; everything is permitted” goes the code of Assassin’s Creed. A blockbuster franchise it may be, but Assassin’s Creed takes philosophy and a subversive historical viewpoint as jumping off points.

As Anidaan at The Moral of the Story points out, each killing in Assassin’s Creed forces the player to reconsider their actions and motivations. In Anidaan’s interpretation, “Not everything is true, anything is possible” – a motto that speaks to examining the facts and reaching your own conclusions, rather than relying on blind faith. Check out the full post for a thoughtful take on how Assassin’s Creed challenges us to find the truth.

Dear Esther and the Nature of Memory (Vahrkalla’s Video Games)

Technically a “walking simulator”, Dear Esther takes the player through a desolate Hebridean island, and into an ambiguous story narrated by way of letter fragments. With these letters the narrator tells us about his wife Esther, the drunk driver who killed her, and other characters who are tied to the remote island. A game I’m glad I experienced, but not necessarily sure I understood, Dear Esther left me a bit cold.

What makes Dear Esther so dumbfounding, so utterly brilliant, is the fact that its entity as a game is in itself an exploration of memory. Details change, the story will never be the same for each playthrough, nothing will ever match even to the same person playing it twice. Just like the memories that Dear Esther displays with some pathos, the game itself can never be fully recollected.

Read Vahrkalla’s full post for a detailed look at Dear Esther. This article left me with a better understanding and appreciation of the game.

How Retro Can You Go (The Duck of Indeed) 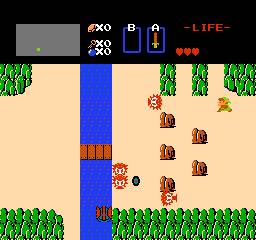 You see, I once believed that I could play any game, despite its age, and enjoy it as long as it was a good game. I had plenty of SNES games I loved, and one day, I thought I’d travel just a little farther back in time and download a few Virtual Console games for the NES. These games were the original Legend of Zelda and Metroid games. Being classic games that marked the beginning of two amazing franchises, surely I couldn’t go wrong. Right?

The Duck of Indeed raises a question that no retro gamer cares to answer – how retro can you go? At what point do classic games become unplayable, and why?

As gamers, are we boxed in to the generation we grew up with? Many players have a hard time with the classics that predate them. For my part, I didn’t play the original Zelda until 20 years after – and enjoyed it, despite the inability to move diagonally!

Check out the Duck’s article and add your thoughts to the comments section.