Do you remember the Bitmap Brothers? Gods, The Chaos Engine, Xenon 2, Speedball 2: Brutal Deluxe – some of the greatest coin-ops never made. The Bitmap Brothers created sublime arcade games that weren’t arcade games – as Read-Only Memory’s Duncan Harris and Darren Wall point out in their new retrospective, The Bitmap Brothers: Universe, the British developer’s first title, Xenon, was assumed at the time to have been a conversion to Atari ST – when in reality the game had been designed on that machine.

That was the brilliance of the Bitmap Brothers. The Britsoft company could turn its hand (that distinctive hand logo) to any genre, whether it was isometric adventure, top-down shoot-’em-up, arcade sports, or platform puzzler.

If Duncan Harris and Darren Wall’s history was “only” a glossy coffee table book for retro gamers, featuring faithfully recreated CRT-style scanline screenshots, then that would have been enjoyable enough.

But Read-Only Memory’s The Bitmap Brothers: Universe takes a deep dive into the history of the team, their influences and ideas, and pays tribute to their commitment to high production values and refined gameplay.

Read-Only Memory have done their homework, through articles from the gaming press of the 1990s, and interviews with key Brothers including Mike Montgomery, Dan Malone, and Mark Coleman, as well as publishers Image Works and Renegade. 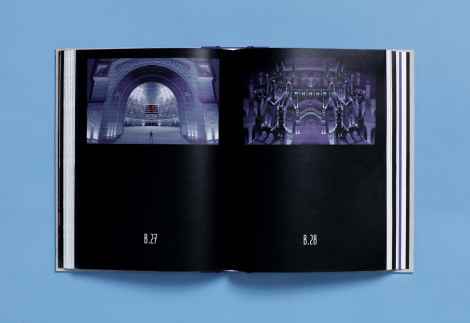 The Bitmap Brothers: Universe does a particularly nice job with reminiscences that evoke the golden era of British game design – revealing that the concept for Speedball was written on the back of a cigarette packet, for example. And the team ran their own Turing test, with gaming pundits struggling to tell the difference between human and computer-controlled players in The Chaos Engine.

Also, Andy Crane – famous for shouty children’s computer game show Bad Influence on ITV – was rude to the Brothers in a pub.

‘Bitmap’ is what we do: bitmap art. ‘Brothers’ because we’re a cooperative.”

This history takes us through the development of each hit game, touching on the Bitmaps’ attention to detail, their control over image and branding, even down to the box art. The book also reveals the workings of the British development scene. The Bitmap Brothers’ split from original publisher Image Works, and role in establishing new label Renegade Software (allowing the company to maintain its creative freedom), makes for a fascinating tale of politics and business.

To their credit, Read-Only Memory tackle the hard reality of business and design decisions, some of which hurt the Bitmaps (and British developers generally) in the long run. As early as the ‘90s, Renegade’s Tom Watson was prescient in his belief that the British industry would suffer by way of huge American publishers and Japanese hardware companies.

No hagiography then, The Bitmap Brothers: Universe shows that Britsoft was squeezed early on – and part of the problem lay in Amiga developers’ adherence to dying systems and gameplay mechanics. Candid in laying out the Bitmaps’ challenges in creating Z: Steel Soldiers, the book shows how the studio had to play catch-up in a rapidly changing industry, their designs jumping from entirely sprite-based graphics, to sprites combined with pre-rendered 3D models, to full real-time 3D.

The Bitmap Brothers: Universe quotes Jon Hare of Sensible Software (one of the other big name British developers from the era), who admits that “we were two years behind everyone at 3D programming when we finally came off the Amiga. That was bad for our company.” 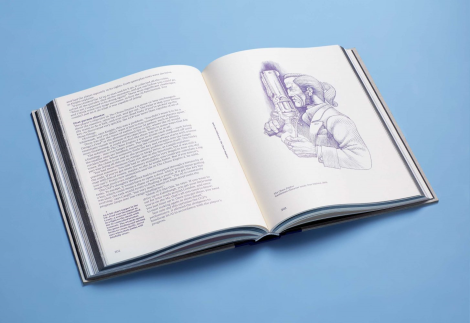 The Chaos Engine in words and images.
Source: Read-Only Memory

Over twenty years later the Bitmap Brothers’ classic games stand up well because of their arcade feel and tight controls, all elements blending together perfectly. The Bitmap Brothers: Universe makes a great point that the torch has now passed to indie developers, who carry forward the “organic process in which art and music were allowed to fuse with AI-driven gameplay over time, creating a proper bond”.

Up there with Indie Game: The Movie in its insightfulness, this book gives fans a long-overdue appreciation of the gaming heroes of the Amiga and Atari ST era. Duncan Harris and Darren Wall’s detailed retrospective is a fascinating behind-the-scenes take on one of gaming’s great developers. Read this and you’ll want to play through the Bitmaps’ back catalog. It was the Bitmap Brothers’ universe – we just lived in it.

The Bitmap Brothers: Universe is available for £30 at Read-Only Memory’s store at https://readonlymemory.vg/. And check out the team’s other articles and books on Britsoft and Sensible Software.